RE: Action on Climate and the Environment Rank As #1 Issue Motivating California Voters

A survey of 821 likely general election voters in California finds that climate is a top concern for voters in the state, and 75% of voters want the state to take action to fight climate change. California voters believe that it is urgent for the state to act on climate, with most saying that the state needs to move faster than it is currently moving. And as Governor Gavin Newsom enters his general election campaign, he could see a significant political boost from aggressive action, with many Democrats eager to see California act to address climate change.

Three in four voters in California want the state to take action to address climate change, either immediately or in the next few years. Among Democrats, 84% say climate action must be immediate. 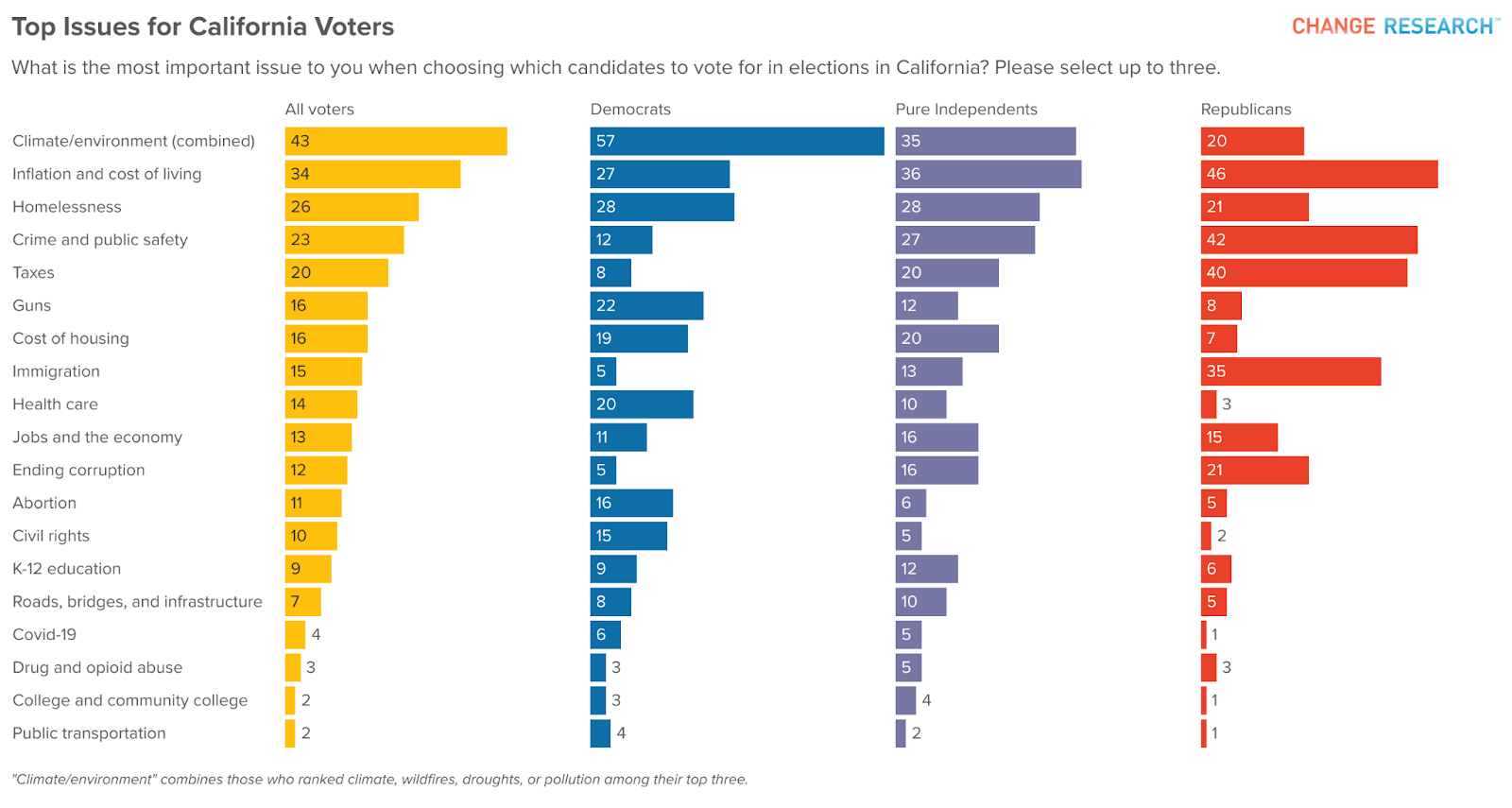 A description of this survey’s methodology can be seen here.

Join the movement to help re-establish California as a global leader on climate — we will share more information and ways to get involved soon.